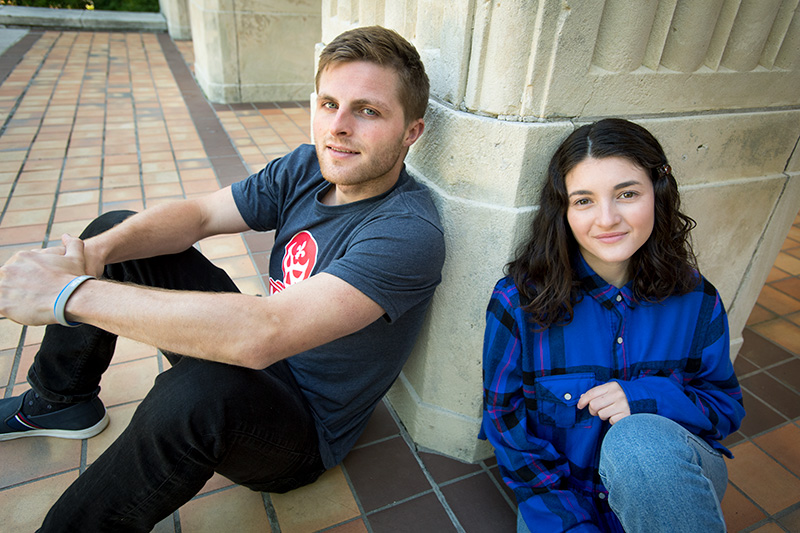 Molly Bookner and Brennan O'Donnell, both digital media production majors in the School of Liberal Arts, placed first and third, respectively, for their film scripts.

“I am particularly proud of them because these are the scripts they wrote for their senior capstone films,” said Mary Blue, director of the digital media production program. “Molly's script uses very little dialogue and demonstrates the compassion two complete strangers can have for each other when adverse circumstances arise. Brennan's story is told through the experiences of a 300-year-old live oak tree in Audubon Park. These are not commonplace ideas or techniques, and the visuals are compelling.”

“These are not commonplace ideas or techniques, and the visuals are compelling.”

In O’Donnell’s script, “Broken Branches,” an anthropomorphic oak tree in Audubon Park learns about love, friendship and hate. His inspiration sparked from a walk through the park during his first semester at Tulane.

“I was walking around Audubon Park and I passed by the Tree of Life,” said O’Donnell. “I wondered, ‘What if trees could talk?’”

Bookner’s vision for “Endurance” explores the relationship between an ex-champion cyclist confined to a wheelchair and a lacrosse player bullied because of his gay identity. Bookner said the story is rooted in her own experience.

“My film is about mental illness, female empowerment, bullying and overall endurance,” said Bookner. “I personally have experiences with mental illness, so it was important for me to showcase that in a truthful way.”

Both Bookner and O’Donnell are currently filming their scripts with funding from the Newcomb College Institute and Newcomb-Tulane College.

Their films with be screened alongside nine other student films at the Prytania Theatre in New Orleans on May 17.