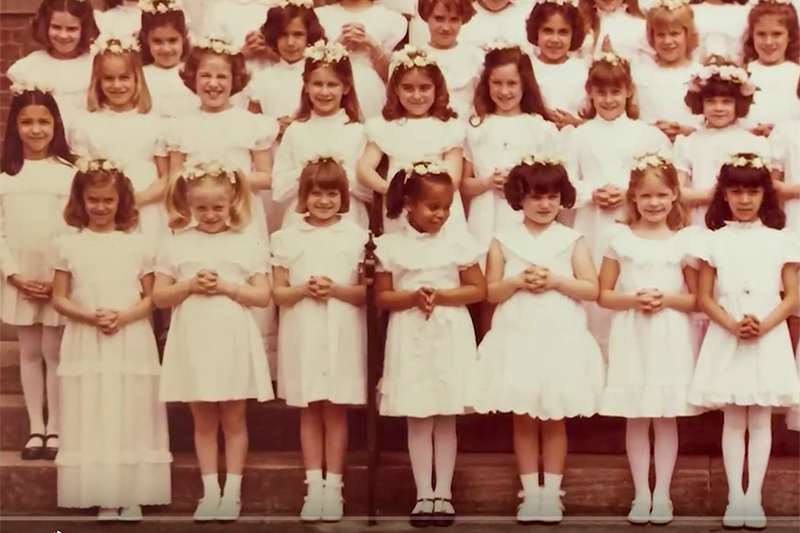 In the first entry of the Success Center’s new video series, “The Untold Story of Failure,” 1996 Tulane Law School alumna Kali Jones (center of bottom row) tells her story of finding her place as a student and overcoming fear of judgment. (Image from video by Malcolm Johnson)

The Tulane University Success Center wants students to shift their perceptions of failure. Using a new video series, “The Untold Story of Failure,” students, faculty, alumni and staff candidly share stories of triumph over unpredictable setbacks that they’ve experienced throughout their academic and professional careers.

The video project is presented through Success Coaching’s Story of Failure campus programming, which aims to build students’ resilience — their ability to adapt to changes, solve problems or take risks.

“The goal is simple: we want to support students in growing their resilience and learning from failure,” said Krista Casale, team lead and senior success coach at the Office of Undergraduate Retention and Student Success. “We have a shared belief that students in college are facing unique challenges that require a resilient nature to persevere within the university and as global citizens.”

“In moments of rejection, failure or difficulty, we want students to not question their ability.”

Casale said that the video series is designed to normalize common difficulties that all students face.

“In moments of rejection, failure or difficulty we want students to not question their ability and worth but to question their methods and approaches with a willingness to learn, grow and, most importantly, try again,” she said.

In the first entry of the series, 1996 Tulane Law School alumna Kali Jones tells her story of finding her place as a student and overcoming fear of judgment. Jones currently serves as the Diplomat in Residence for the Central South and is based on the uptown campus of Tulane.

Casale produces the series with Malcolm Johnson, a digital design major in the School of Professional Advancement, whose own story will also be featured in an upcoming video.

“What makes ‘The Untold’ powerful is that it creates space for people to share their entire stories — not just the glamorous parts but the authentic struggles that often come with finding success. Students recognize they are not alone in their struggles,” said Casale.

Tulane community members who are interested in sharing their stories of resilience should contact Krista Casale at kcasale@tulane.edu or 504-314-2282.

The video series can be viewed here.

Like this article? Keep reading: Students learn that failure is part of success