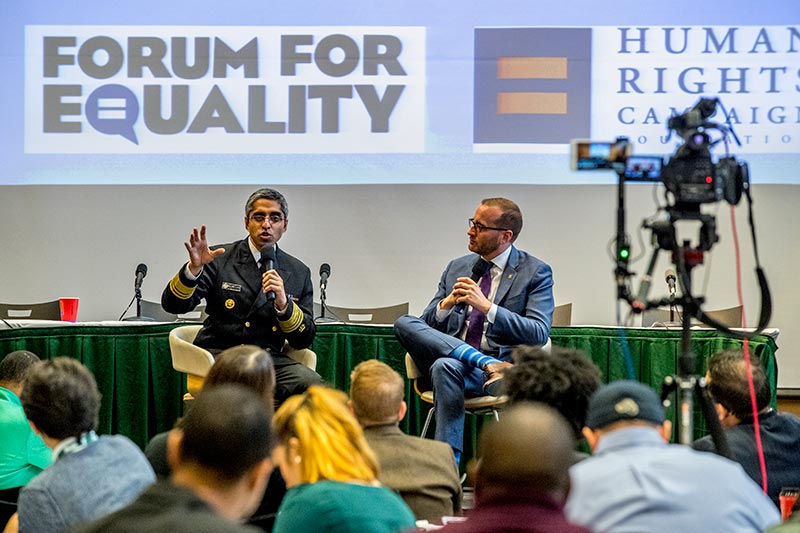 The 2016 White House World AIDS Day LGBT Summit held at Tulane University Thursday provided an opportunity for activists, advocates and members of the local community to hear from the government players who are fighting for LGBT rights at the federal level.

The daylong event featured several panel discussions with topics ranging from “HIV Treatment” to “Coming Out in the South” and “Violence in the Transgender Community.”

“When you have a system where folks have no place to get specialty or primary care — only testing and treatment on the fly — this is not a system that promotes good health.”

Audience questions for Murthy included one from an HIV-positive man who asked what steps were being taken to eradicate HIV criminalization laws.

“These laws come about because people are fearful. We’ve seen various laws that get produced by that fear,” said Murthy, who added that the many state laws will take time to eradicate. “We are living in a time of incredible connection in terms of technology, but also of great isolation where people have retreated into their corners surrounded by others who think like them, look like them and sound like them.”

Murthy said that very form of isolation is “quite literally killing us.”

Louisiana Secretary of Health Dr. Rebekah Gee updated attendees on the latest efforts to end discrimination against LGBTQ people and to decrease the number of people in the state who are uninsured — a feat that she believes will directly impact the number of HIV-related deaths and transmissions in Louisiana.

“We can talk about the treatment of HIV/AIDS, but we are failing in Louisiana,” said Gee. “When you have a system where folks have no place to get specialty or primary care — only testing and treatment on the fly — this is not a system that promotes good health.”

Gee left the audience with these startling statistics:

The summit was co-hosted by the Forum for Equality.