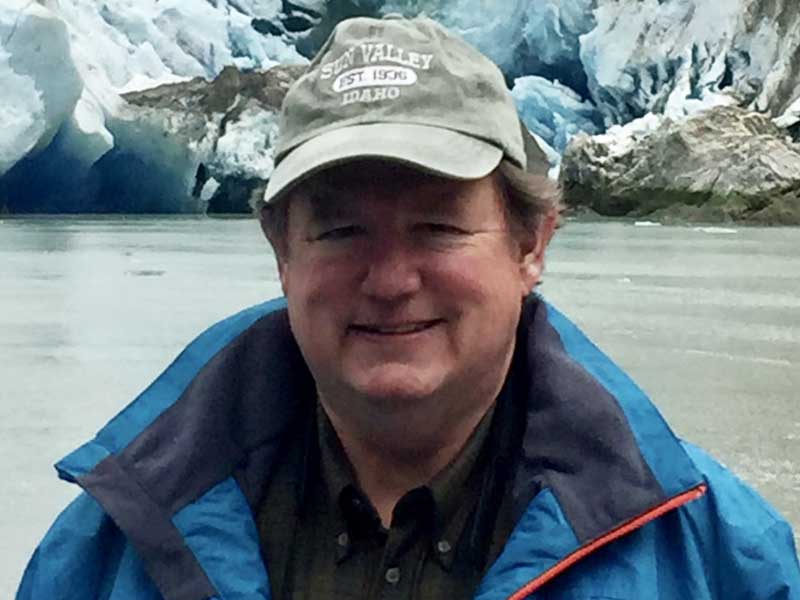 Tulane alumni David Flowerree and his wife, Jane (not pictured), have donated $2 million to establish two professorships to tackle climate change and coastal issues. (Photo courtesy of the Flowerree family)

Haunted by memories of Hurricane Katrina’s devastation, an alumni couple with deep ties to Tulane and New Orleans has made a $2 million gift to the university that aims to pack a one-two punch against climate change and coastal erosion. David and Jane Flowerree have established two professorships aimed at finding solutions to the environmental crisis facing Louisiana and other areas threatened by rising seas, warming temperatures, and weather-driven disasters.

The School of Liberal Arts (SLA) will anchor the David and Jane Flowerree Professorship in Environmental Studies and Public Policy. Bolstering the school’s burgeoning Environmental Studies program, this professor will hold a joint appointment in a social sciences department such as political science, economics or sociology.

“Through the professorships and the symposia, we hope Tulane will become a leader in the global conversation on the impact of climate change on coastal regions.”

Funded at $1 million each, both professorships initially will support early-career scholars.

In honor of the Flowerrees’ gift, the university will host the annual David and Jane Flowerree Environmental Symposium, which will share ideas and research produced by Tulane faculty and various academic units throughout the university. The event also will welcome outside experts, policymakers and stakeholders from the local community.

“We’re excited to support the dual appointments in Tulane’s Environmental Studies program and the new River-Coastal initiative and to further the synergies between them,” David Flowerree said. “Our goal is for Tulane to have a role in finding actionable solutions to the challenges faced and promoting science-based environmental policies. Through the professorships and the symposia, we hope Tulane will become a leader in the global conversation on the impact of climate change on coastal regions.”

“Our family has deep roots in Louisiana and New Orleans and a multigenerational tie to Tulane,” he added. “I remember Katrina’s heartbreaking devastation like it was yesterday. With each new hurricane season, I worry about the city. New Orleans is a special place that’s worth saving. Tulane’s got a wonderful platform to have a true impact on south Louisiana’s future.”

President Michael Fitts said the gift supports the powerful synergy of Tulane’s interdisciplinary based research and scholarship, which brings experts from a wide array of fields together to address issues of critical importance.

“The impact of climate change is a fundamental challenge faced by government and residents throughout our city, state, country and world. This gift from the Flowerrees, who have been a part of the Tulane family for more than 80 years, will help Tulane researchers discover solutions to protect New Orleans and other great coastal cities and towns around the globe,” Fitts said.

In making their gift, David (A&S ’74, L ’77) and Jane (L ’77) Flowerree were impressed by the rapid progress occurring under SLA Dean Brian Edwards and SSE Dean Kimberly Foster, who both joined Tulane in 2018. “We’re inspired by the passion they bring to attracting the brightest minds to environmental studies,” David Flowerree said. He also cited the establishment last year of the Charlotte Beyer Hubbell Chair in River-Coastal Science and Engineering as special motivation.

Foster, who serves on the Governor’s Climate Initiatives Task Force Science Advisory Committee, hailed the gift. “These two professorships will enable us to more quickly add depth in the interdisciplinary river-coastal sciences, engineering and policy,” she said. “Environmental science is a priority for the School of Science and Engineering. This generous gift will help advance our interdisciplinary research efforts, increase federal and state funding resources for coastal science at Tulane, and deepen our collaboration with the School of Liberal Arts.”

Edwards also is eager to break down academic silos in tackling the complex, intertwined problems facing coastal regions. “What especially excites me about this visionary gift is the opportunity to build on the powerful partnership between our two schools as we work together to develop real-world, science-based solutions and policies for the future,” he said.

With the Environmental Studies major seeing surging student enrollments, the gift is a timely one. “It’s one of the fastest-growing programs in our school,” Edwards said. “The Flowerrees’ generosity allows us to recruit a talented scholar who can train the next generation of leaders.”

Edwards views the annual Flowerree Environmental Symposium as a promising public catalyst for effective policies. “The event will allow us to convene scientists, scholars and policymakers to think collaboratively and help us address one of the existential challenges of our time,” he said.

David Flowerree is a retired first vice president of Morgan Stanley in Atlanta, Georgia. He graduated from Tulane’s College of Arts and Sciences in 1974 with a bachelor of arts degree in English. In 1977 he earned a juris doctor degree from Tulane Law School, where he met his future wife, Jane E. Shatten, who also attained a Tulane law degree that year. They live in Atlanta and have two daughters, Laura and Christine, and four grandchildren.

David Flowerree’s father, Robert E. Flowerree (A&S ’42), served on the Board of Tulane and received the Distinguished Alumnus Award in 1978. David’s mother, Elaine, was a 1944 graduate of Newcomb College and a first cousin of W. Boatner Reily III (A&S ’50), after whose family the Reily Student Recreation Center is named.