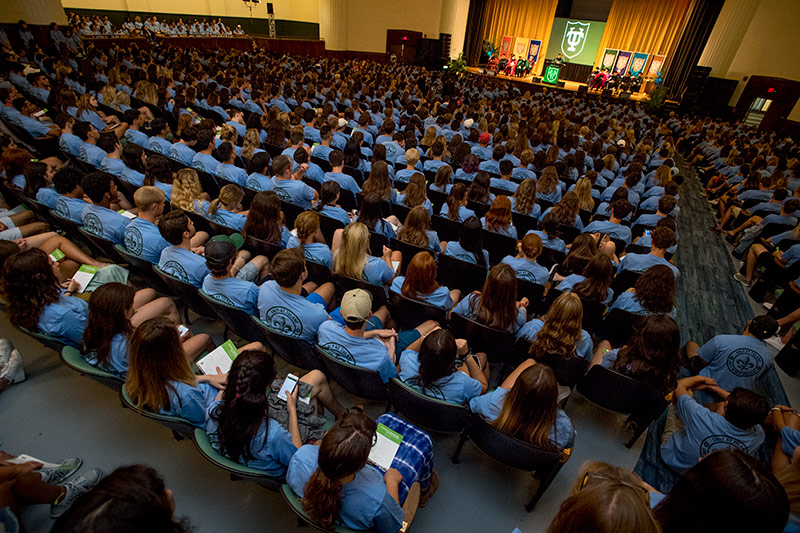 The Class of 2021 is welcomed to Tulane University during the annual President's Convocation for New Students Saturday, Aug. 26. (Photo by Paula Burch-Celentano)

Among the students sitting in McAlister Auditorium Saturday for the annual President’s Convocation for New Students was Emma Brick-Hezeau.

Like many of the nearly 1,900 students present, Emma was embarking on her first solo journey in life. Her parents had already left for their hometown of Memphis, Tennessee, on Friday evening.

On this day, Emma sat attentively absorbing the words of encouragement offered to the Class of 2021 by the university’s top administrators.

“When you reflect on this summer years from now, you’ll always remember it as the summer you started your Tulane career.”

Between musical performances by the Tulane University Marching Band and Dr. Michael White’s Original Liberty Jazz Band, students were asked by Dusty Porter, vice president of student affairs, to view college for what it is — “an opportunity to become whoever you want to be.

“Think about how you can support each other during your time here,” said Porter. “Make an effort to sit in the front row of life.”

Tulane President Mike Fitts followed with a humorous message that began with a recollection of the summer’s most memorable moments.

“‘Game of Thrones’ came back for its seventh season; the return of Kesha; rompers for men; and best of all, Beyoncé had twins,” said Fitts as the crowd cheered between each item in his list.

“While all of these things are memorable in their own way,” he continued, “when you reflect on this summer years from now, you’ll always remember it as the summer you started your Tulane career.”

Whether students were named Emma or Sam or Emily — there are 26 of them in the freshmen class — the 2017 Convocation kicked off their passage into a different world as the newest members of the Tulane family.

Upon exiting the auditorium, students were the stars of their own parade as parents lined the route to cheer them on. To the parents who may already have left town ahead of the student-only activity, it can be said with certainty: 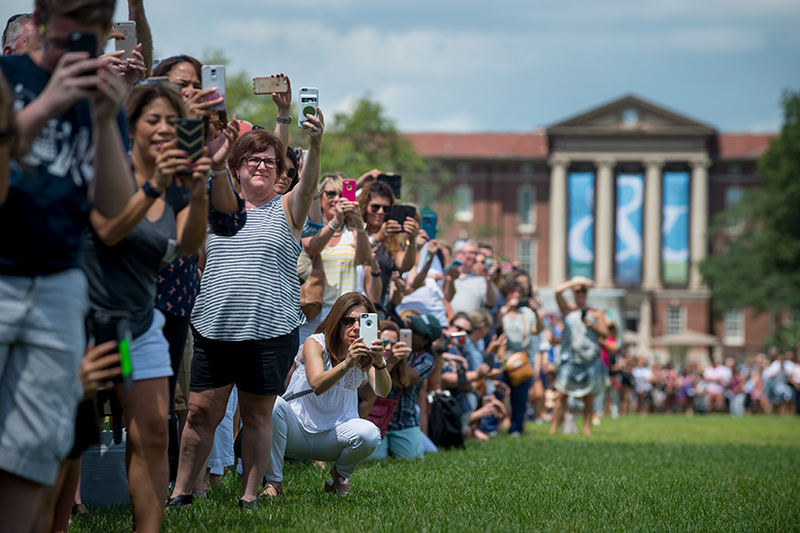 Parents assemble parade style outside of McAlister Auditorium to greet students as they exit the 2017 President's Convocation. (Photo by Paula Burch-Celentano)

Get your move on
ICYMI: State of the University address
Show us your dorm style
Heart of campus
Tulane physicians make annual Best Doctors list