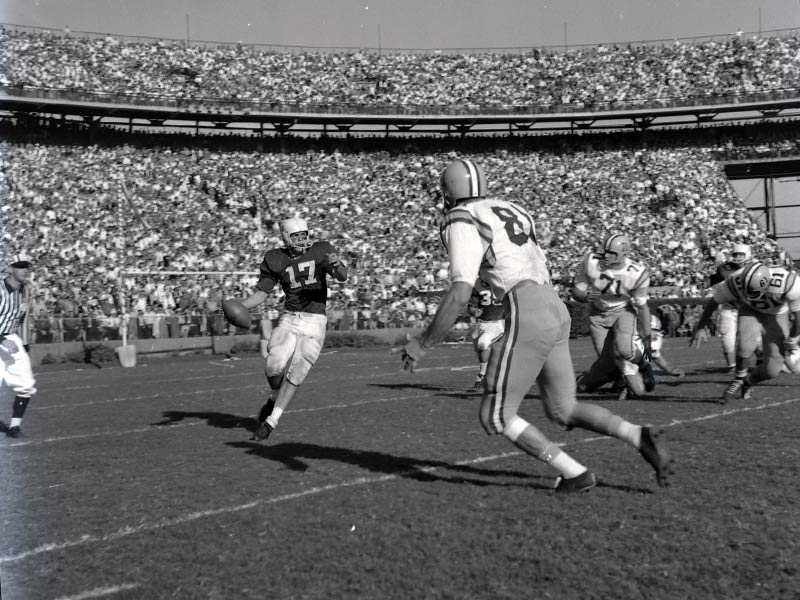 Green Wave quarterback Richie Petitbon scrambles from pressure by the LSU defense in front of a then Southeastern Conference attendance record of 83,221 in Tulane Stadium in November 1958. Petitbon was named to the All-SEC team for the 1958 season and went on to be drafted by the Chicago Bears as a defensive back. After an All-Pro career with the Bears that spanned 10 seasons, Petitbon recorded the second most interceptions in Bears history with 38 and still holds the Bears record for the longest interception return, after scoring on a 101-yard return against the Rams in 1962.