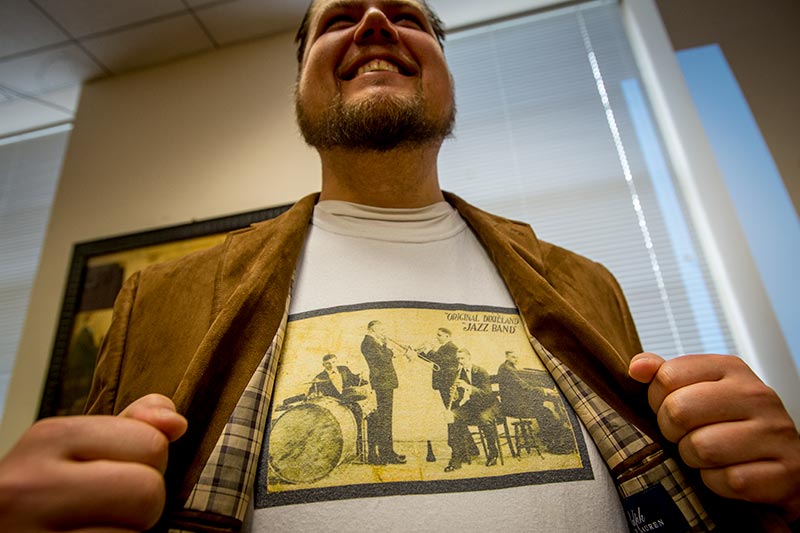 Gary Edwards Jr., shows off his shirt featuring the Original Dixieland Jazz Band. His great-grandfather, the late Eddie Edwards, was a jazz trombonist and original member of the band whose papers were recently donated to the Hogan Jazz Archive at Tulane University. (Photo by Paula Burch-Celentano)

Edwards, a New Orleans native, began playing with Dixieland in 1916, returning to play with them several times throughout his career. Edwards’ personal papers include scrapbooks with Dixieland memorabilia, diaries and correspondence between band members and recording studios.

“This collection adds insight into the dynamics of Dixieland, and what was happening in the New Orleans jazz scene at the time,” said Bruce Raeburn, director of Special Collections and curator of the Hogan Jazz Archive. Raeburn said that collection already includes the papers of fellow band member Nick LaRocca so the addition of Edwards’ will allow for new perspectives on the band’s development.

“This collection adds insight into the dynamics of Dixieland, and what was happening in the New Orleans jazz scene at the time.”

Dixieland’s recording of the first jazz record is crucial to the history of American popular music, said Raeburn. Though newspapers at the time called the music “disorganized organization,” this record sold 1.5 million copies and traveled around the world. “It marked the beginning of the mass popularity of American music in the 20th century.”

The donation was commemorated with a celebration in Jones Hall on the uptown campus with Edwards’  family in attendance. The band’s first jazz record was played on a Victrola phonograph refurbished by Hogan researcher John McCusker followed by words from the family on Edwards’ legacy. Raeburn praised the dedication of the family to preserving Edwards’ materials noting that the archive does not often see such high levels of family participation in a donation.

Hannah Dean is a senior majoring in political science and Latin American studies. 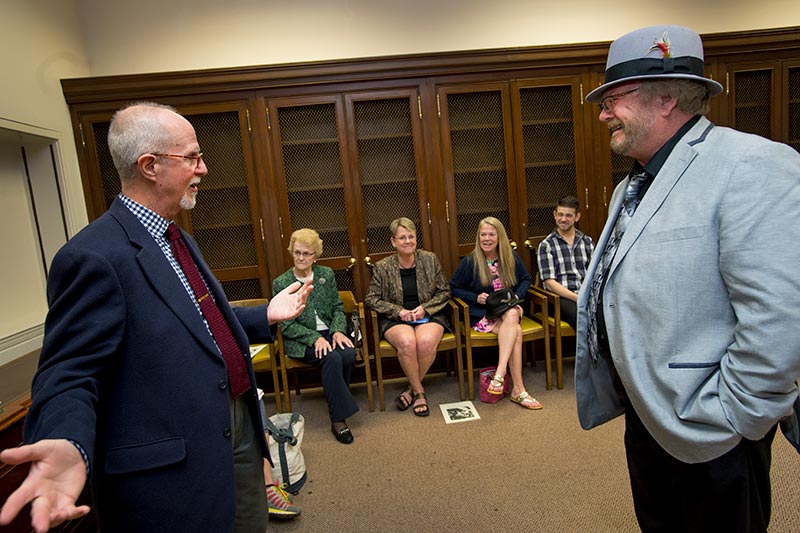