For Auld Lang Syne, My Dear... 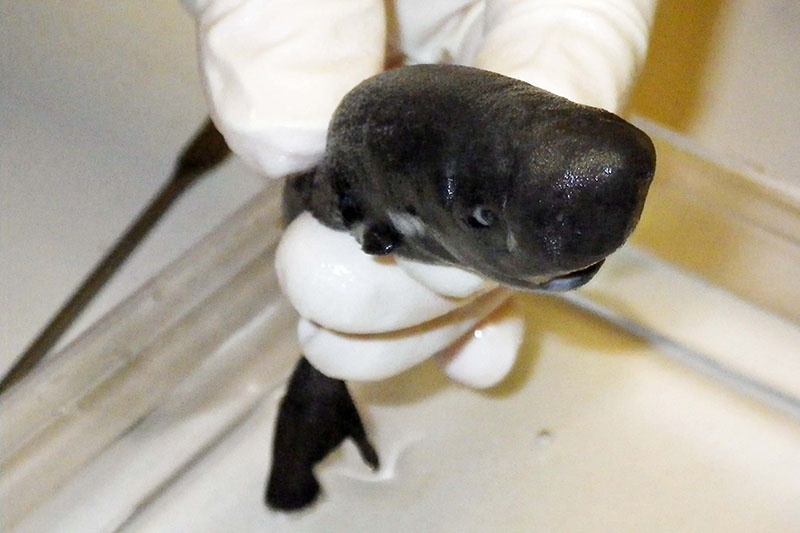 A story about a rare species of pocket shark that was studied by the Tulane University Biodiversity Research Institute was one of the most read stories of 2019. (Photo by Tulane researcher Michael Doosey)

Now that 2020 is here and Tulanians are preparing for the excitement of new challenges and opportunities, let’s take a moment to reflect and show gratitude for the university community and this year’s accomplishments. Below are Tulane Today's most-read stories of 2019:

A team of researchers, including two from Tulane University, identified a rare new species of pocket shark. The specimen was caught in the Gulf of Mexico in 2010 and brought to the Tulane University Biodiversity Research Institute in 2015 for study.

This fall Tulane welcomed the class of 2023, the most selective, academically accomplished and diverse class in Tulane’s history. The number of high school applicants has increased significantly, and the selectivity rate has improved dramatically over the past five years. Reflecting this progress, Tulane rose to No. 40 among the country’s top national universities in the latest edition of the U.S. News & World Report Best Colleges ranking.

Tulane University student Avery Siegel co-produced Period. End of Sentence, which won the Oscar for Best Documentary Short. The film addresses the lack of access to affordable and hygienic menstrual products in India.

Tulane School of Medicine’s first allied health program, the master’s degree as a pathologists’ assistant (PA) begins in January 2020. The program is the brainchild of Tulane alumna and current director Sarah Garner.

Apple CEO Tim Cook delivered the keynote address at Tulane’s 2019 Commencement ceremony. Cook is not only known for his innovative business practices but for his philanthropic endeavors and environmental awareness.

Tulane’s beloved “bead tree” was removed from the uptown campus in May, as it was at risk of falling due to extensive termite damage.

A study led by Tulane professor of nutrition and food security Diego Rose found that if Americans changed their diets by swapping out one meat item per day, they could reduce their carbon footprint by nearly 50 percent.

Tulane’s Department of Jewish Studies received a gift from Stuart and Suzanne Grants’ I Could Do Great Things Foundation. The gift, the largest ever donated to the department, will provide funding for a new endowed chair, recruitment of a junior faculty member and operating support for the center that will bear their name.

Tulane President Mike Fitts officially welcomed students and the entire university community to The Commons in a fun-filled ceremony in August. Tulane’s new 77,000-square-foot uptown campus building provides a meeting, studying and gathering space for students, a new home for the Newcomb Institute and a state-of-the-art dining facility.

The transformation of Tulane’s physical spaces has become a top priority and sparked a multitude of building, renovation and expansion projects on Tulane’s campuses. Among the recently completed projects are: The Commons, the Goldring/Woldenberg business complex and the downtown New Orleans Culinary & Hospitality Institute.

A story from 2018 continues to resonate with the Tulane community and childhood experts across the country. Tulane child psychiatry professor Dr. Stacy Drury received the 2018 Norbert and Charlotte Rieger Award for Outstanding Scientific Achievement for her research that found that early childhood trauma can have negative health consequences that seep across generations.